Have we reached a tipping point where ‘first past the post’ finally fails to hold together the two big coalitions that have dominated British politics for nearly a century – the Conservative Party and the Labour Party? 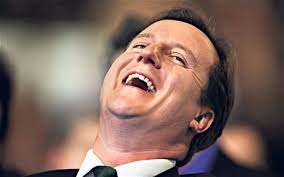 The Tories are having a great summer: an unexpected (if slim) majority in the General Election; Labour wiped out in Scotland and descending into fratricidal warfare on an epic scale; the economy still (just) looking OK. David Cameron is so ‘chill-laxed’ he’s taken no fewer than 3 summer holidays.

Labour’s leadership elections have certainly given the Tories something to laugh about. A candidate from the left-wing of the Party, who has rebelled against every Labour leader since he was elected in 1983, is at the very least shaping the debate and could well win.

The Tories are clearly salivating at the prospect of a Corbyn win. He would in all likelihood find it hard to form a coherent Opposition shadow cabinet and fill all the necessary shadow minister jobs. He needs around 100 MPs to do all the jobs, but at the moment he barely has enough to credibly fill the shadow cabinet jobs.

As for appeals for ‘unity’ after a Corbyn win that is beyond farcical. Most of the people demanding ‘loyalty’ to Corbyn if he wins – like Dianne Abbott – are themselves serial disloyalists like Corbyn himself. Labour be unlikely to split, in the short term, but it will hardly be a united HM Opposition. (And with the SNPs making mischief about being ‘the real opposition’ Parliamentary sessions could well be “interesting”, in the Chinese curse sort of way).

If all this leaves Tory supporters and #SplitTheLeft campaigners like Tim Montgomerie feeling decidedly cheerful, they should think again. Labour may be going into melt-down first, but it could well be the Conservatives turn next.

There is the little issue of Europe – David Cameron’s much-heralded ‘renegotiation’ and then a referendum – to contend with. Cameron having backed himself into a corner over the referendum is likely to be faced with heading a ‘stay in’ campaign on the basis of some minor concessions from Brussels and quite possibly a renewed Eurozone crisis unfolding, not to mention the on-going migration problem that is unlikely to be sorted anytime soon.

Estimates vary as to how many Tory MPs will back leaving – some probably haven’t yet made their minds up – but it will be a lot. Maybe up to a third or even half of Tory MPs, including prominent Cabinet members, will enthusiastically back the UK leaving the EU.

The EU referendum will have two further centrifugal effects – first, it will renew interest in UKIP, which is a threat to both main parties but in this circumstance probably a bit more to the Tories. Second, the in/out referendum will give the SNP the excuse it needs to renew the independence debate. If Britain did vote to leave the EU, Scotland would almost certainly leave the UK soon after.

Our two-party system – first the Tories and Liberals and then the Tories and Labour – has endured since voting reform started seriously in the early 19th century. ‘First Past the Post’ – which delivered the Tories a somewhat freak Parliamentary majority with only 38% of the vote – has until now sustained the two-party system. It has been eroding for a very long time – the most often cited evidence is that in 1951 the two main parties could get over 90% of the vote between them, whereas it is now down to being consistently around two-thirds at best. And whole areas of Britain have become ‘no-go’ areas for one or other of the two main parties, and in the case of Scotland both of them.

So for those Tories gloating at Labour’s current discomfort the old American proverb is appropriate: be careful, what goes around comes around. I doubt either major party will be laughing much by 2020.

3 thoughts on “The End of the Parties?”