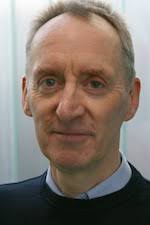 My friend, mentor, critic and collaborator and great scholar Christopher Pollitt has died after a long illness. You will be hugely missed Christopher.

My thoughts go out to Hilkka and the extended family.

Christopher had a wonderfully dry sense of humour. When my wife Carole became pregnant with our son Alex (my first biological offspring), I emailed Christopher with the news. His response was typical: “don’t worry, the first 30 years is the worst”.

Christopher and I first met when he was my external examiner for my PhD at the LSE. He gave me a really hard time. But then he contacted me after the dust had settled and suggested we should collaborate. Summed him up really – he never took prisoners but was always fair, reasonable and great friend.

(I had been greatly influenced by Christopher’s work on the so-called New Public Management in the early 1990s, just as I was starting on my full-time academic career).

The first project Christopher and I worked on together was our edited volume “Unbundled Government” (2004) which was a fantastic experience for me. We worked with scholars from around the globe on this investigation of a new ‘fashion’ in Governments for ‘arms-length’ agencies.

We followed that up with two research projects on the same issue. The first was funded by the UK ESRC. We, tother with Amanda Smullen and Janice Caulfield who we hired to work on the project with us – looked at four similar types of agencies – forestry, benefits, meteorology and prisons – in four European countries – the UK, Netherlands, Sweden and Finland. This resulted in, amongst other things, our “Agencies” book (also 2004). 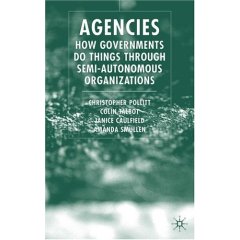 In almost parallel the UK Department for International Development asked us to investigate three projects for agency creation they had put money into in Jamaica, Tanzania and Latvia.I got the first two and Christopher the last – we joked at the time it was because I liked hot places and Christopher cold ones (he was married to a Finn).

In recent years we’d not seen as much of each other in person, although we kept in touch by email. My own health problems have stopped me travelling as much as I used to – that and having a young son at home! Christopher’s kids were – as his email suggested – much older.

When we did meet up regularly at international conferences it was our tradition to slope off and find a quiet place to have a late night whisky and chat.

Once in a hotel in Europe we were doing just that when a British ‘hen-party’ of about 30 young women came in to the bar, all dressed in school girl outfits. The started to take ‘selfies’ of the whole group so we gallantly offered to take a photo for them. Then they decided they each wanted one on their own phone, so we ended up taking all 30. I’m glad none of our colleagues came in to the bar or they would have wondered what was going on.

We regularly sent each other drafts of our work to comment on – his on mine were always trenchant but fair. Like all good scholars investigating complex subjects and looking for reasons ‘why’, we didn’t always agree. That’s science (he might even have disagreed with the ‘science’ bit). But we always enjoyed the process.

One of my last emails to Christopher told him how much he had inspired and encouraged me – like I am sure he did to countless others. He will be hugely missed but he leaves a rich legacy of scholarship that few in our field can match. RIP Christopher my friend.

One thought on “Christopher Pollitt RIP”